We are very excited about our Traditional Irish Wedding Re-enactment event for Heritage week this year.  The scene will be set back in the 1950’s.  The save the date cards have been sent (not really they didn’t have them in the 50’s) and the priest has been booked.  The following are a few actual traditional customs and traditions from the era…

The Child of Prague
Many Irish wedding traditions which have been handed down through the generations survive in Ireland today. Probably the most popular being the placing of a ‘Child of Prague’ statue outdoors under a hedge to ensure a fine day for the wedding. 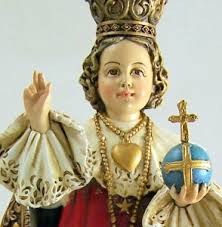 Bonfires
Bonfires were lit at the crossroads lining the route from the church to the wedding reception especially near the brides house and they still are today in rural Ireland.

The Dowry
Long ago in Ireland as in many other cultures around the world marriages were ‘arranged’ between families by a matchmaker usually for the betterment of all concerned as a dowry, fortune or spre was usually required of the bride. This could be money or a cow or household goods. This money was the property of the husband or his father and was often used to give a dowry to an unmarried sister.
The bride would bring the dowry with her as often the bride would be expected to move into her husband’s family home thereby automatically usurping the position of ‘woman of the house’ from her mother-in-law. This was signified by the handing over of the ‘fire tongs’ which donated the change in authority. Sometimes the mother in law would break a cake of bread over her head as a token that she would  henceforth be the mistress of the baking and other domestic chores. The mother-in-law who only received inheritance rights in the 1960s previously only been entitled to a space by the fire?
No wonder there was such ill-feeling between many a new bride and her mother-in-law also bearing in mind that Irish Mammy’s of yesterday idolised their sons...Many still do of course, but in those days the ‘men of the house’ were a revered species who were waited on hand and foot by their sisters.....

Age Gaps
Huge age gaps were customary up until the late 1950’s when much older men (having saved themselves) got married to young girls in the their twenties which was a recipe for disaster considering they had often nothing in common. Furthermore there was no such thing as contraception so large families of 16 and more were quite common even though infant mortality was quite high.

To book your seat for the wedding breakfast contact us on the details below and stay tuned to our blog for more details.